Even before he signed a professional contract on his 18th birthday, Erickson Lubin had high expectations set upon him for 2016.

In 2013, Lubin was one of the United States’ top amateur boxers and being targeted as a surefire standout on the 2016 U.S. Olympic team. However, the talented southpaw swapped that dream for another on October 1, 2013, when he turned pro and began his quest to become a world champion.

While Erickson “Hammer” Lubin has yet to fight for a world title, let alone obtain one, his decision to forgo a shot at Olympic gold has remained fruitful.

Lubin (17-0, 12 KOs) continued his ascent in the 154-pound division in 2016 by winning all four of his fights in dominating fashion-two by knockout and two by unanimous decision. With his perfect performance, the staff of Premier Boxing Champions selected Lubin as PBC’s Rising Star of the Year.

The 21-year-old Orlando, Florida, native beat out fellow young guns Justin DeLoach, Jarrett Hurd and Sergey Lipinets, all of whom convincingly moved up the ladder in their respective weight classes this year.

Lubin, who in addition to his “Hammer” moniker has dubbed his right hand “Jack” and his left “Sledge,” got his year started on January 31 with a 10-round decision over Mexico’s Jose De Jesus Macias in Immokalee, Florida.

While Lubin was unable to knock out Macias-a veteran who has never been stopped in 28 pro fights-he gained a fifth-round knockdown with a counter right hook and won every round on two scorecards, with the third judge giving him all but one round.

Lubin returned to the ring on June 18, scoring a third-round TKO of Daniel Sandoval in Chicago. In that bout, Lubin pounded the head and body of his Mexican opponent before hurting him with a body shot late in Round 3. While Sandoval did not go down, referee Mark Nelson stopped the fight at the 2:36 mark.

Less than a month later, Lubin jumped back in the ring against his third straight Mexican opponent, battling Ivan Montero in Birmingham, Alabama, on July 16. Montero entered the eight-round bout with a record of 20-1, and he gave Lubin his toughest test yet, as the fight went distance. In the end, though, the young southpaw proved his skills were superior, sweeping all three judges’ scorecards.

Lubin, who has never fought a boxer with a losing record, capped his year earlier this month in emphatic fashion with a second-round KO of Juan Ubaldo Cabrera in Los Angeles. In that bout, Lubin used both “Jack” and “Hammer” to drop Cabrera twice in Round 2 and gain his sixth stoppage in his last eight bouts.

As he continues to sharpen his skills with each passing bout, don’t be surprised if Erickson Lubin’s star continues to rise in 2017-perhaps all the way to the top of the super competitive 154-pound division. 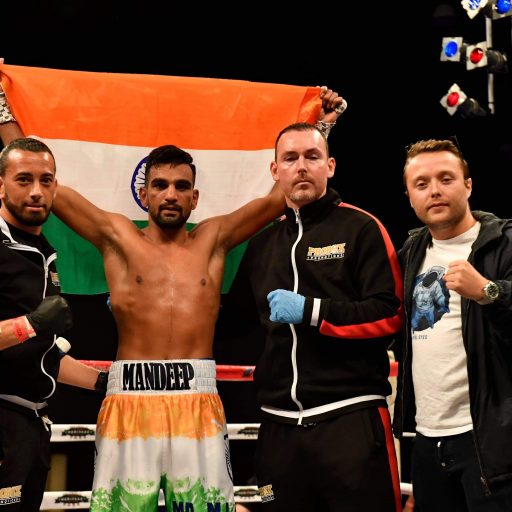