Nieves stood out as an amateur, winning multiple national titles as a Junior in both the United States and Puerto Rico, with the New Jersey standout finishing in third place in the US Olympic trials for the planned 2020 Olympics.

There wasn’t a shortage of offers for the 20-year-old prospect, however, Nieves made the choice to ink a pact with Pro Box Promotions headed up by Garry Jonas, and will train under the guidance of Marc Farrait and Asa Beard.

Nieves discussed his decision to link up with the Pro Box Promotions team, “Firstly I want to thank my family for always supporting me and getting me to a place in my life where I have the opportunity to sign with a promoter such as Garry Jonas and Pro Box Promotions.

“The training team in Tampa with Marc Farrait and Asa Beard really attracted me as well to work with the Pro Box setup as a whole. They have a great attention to detail and they give me the time I need to progress. This was a really important thing for me. I wanted to find a training team that cares about their fighters and I believe I found one with Marc and Asa.”

Nieves was considered as one of the best amateurs in both of the USA and Puerto Rico, however, the now Tampa-based super bantamweight opened up about his decision to turn professional.

“Pro Box Promotions are doing great things in Florida and there’s a lot of Puerto Rican’s who live here. So it made sense to base myself with a team that is close to Puerto Rican communities.

“I’m very excited about the plans Pro Box Promotions have for me and I’m looking forward to being part of promotions that sports fans all over the world will see. My goal is to become a world champion and I believe I have the team to guide me to where I want to be.” 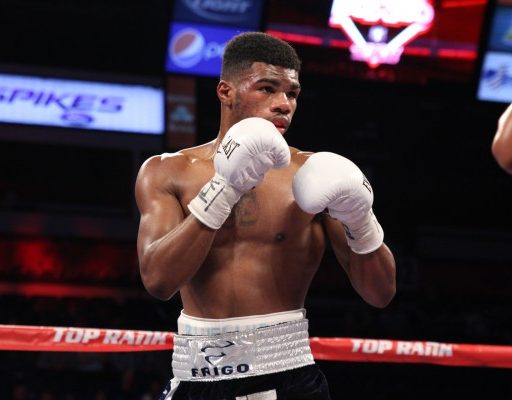